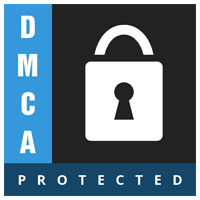 So wow incredibly long overdue…by years   Better late than never?!… it’s hard to say.  Some of the worst instances of revenge porn postings happened on Facebook.  Amanda Todd and Rehtaeh Parsons both lost their lives.  Its easy to connect the Marines United Group scandal as creating enough pressure on the right people to make this happen.  In a news release facebook is apparently going to make it easier for users / victims to stop (read: slow) the proliferation of unwanted intimate personal pictures that have been posted without permission.  The release goes on to provide instructions on what to do when these pictures are located on their platform.  It will apparently work with Messenger and Instagram as well.

To be frank I am suspicious.  our takedown team at DMCA.com has plenty experience dealing with Facebook in the past.   To try and get “revenge postings” removed through standard takedown notices have been incredible slow and difficult to process.  However I am looking forward to a new facebook.

I would ask facebook to take it one step further and make sure they report on their efforts in getting flagged content removed.  The difficulty I see within their new process is the effectiveness of the self reporting process “nude photo of me”, the ability for a victim to be involved and ultimately the efficacy of facebook image recognition technology.

And finally, how about their reporting process.  No mention on improving the process for the victim to report intimate images or videos that are being posted without their permission other than their “report image” process.  At face value the process they have come up with seems simpler and easier – and it is – however that is not the issue.  Without feedback from facebook how does the victim know the removal of the content has been actioned without constantly having to check?  Constantly having to check in to every post is not useful.